OUT OF THE WHIRLWIND:
MUSICAL REFLECTIONS OF THE HOLOCAUST
Part 1

“Is it possible to write songs about Auschwitz, or, even more important, is it permitted to do so?”

This is part 1 of a multi-part exhibit on the Musical Reflections of the Holocaust. Part 2 is available here.

n recent decades, much research and concert programming concerning music and the Holocaust has focused on the musical life during and adjacent to the years of the Second World War. This work has helped bring to broader public attention music that was suppressed, used to foment and bolster resistance, or simply used as propaganda by oppressive regimes.

Attention has also been paid to what is referred to in the Milken Archive as "Musical Reflections of the Holocaust." That is, musical works that attempt to address the inhumanity of the Holocaust and honor the memory of its victims. The émigré philosopher Theodore Adorno hinted at the difficulty of this endeavor when he famously wrote, “To write poetry after Auschwitz is barbaric.” While Adorno was not advocating a ban on Holocaust-related art, Gershon Kingsley seems to have been channeling him when he confronted the task of composing Voices from the Shadow. “Is it possible to write songs about Auschwitz, or, even more important, is it permitted to do so?”

Kingsley offers us a unique viewpoint to the issues his question raises. Born in Germany in 1922, Kingsley was just eleven when the National Socialist Party assumed power. His response to that regime's increasing persecution of Jews was to join the Zionist youth movement. He escaped the Holocaust by joining that group on a voyage to Palestine, later immigrating to the U.S. and becoming a composer of considerable renown. Kingsley's escape was narrow, having left on one of the last trains out of Berlin. That someone who actually fled the Holocaust questions the ethics of writing music about it highlights the topic’s gravity.

In raising the issue, Kingsley is far from alone. Musicologist Maria Cizmic, who has written about music and trauma in Eastern Europe in the 1970s and '80s, asks a similar question somewhat more poignantly: "can music create a point of entry into an empathetic response to another’s pain or do the dangers of aestheticizing suffering lurk nearby?" (2012:3). Ruth Schonthal, also a German-born refugee of the Third Reich, is among the composers featured here who share Cizmic's concerns. "I always wanted to stay away from the Holocaust, because I didn't want to trivialize it," she once remarked. Cognizant of the fine line that separates memorialization from exploitation, suppressed music specialist Simon Wynberg has gone so far as to label some contemporary Holocaust music presentations “Shoah business” (2011).

A related issue here is personal experience. Unlike Kingsley and Schonthal, most of the composers in this exhibit did not experience European anti-Semitism directly, even if they may have been personally affected by the Holocaust. Some were not even born until after the war. From this perspective, “musical reflections” can also serve to highlight the disparity between the European and American Jewish experiences. Indeed, one of the most famous Holocaust-related works, Steve Reich's Different Trains, takes this discrepancy as its starting point.

But the disparity does not preclude a sincerely felt and genuine connection to the tragedy that was the Holocaust. “I sat and cried as I wrote this piece,” Ralph Shapey has remarked about The Covenant. On occasions when survivors have asked him how, as an American who did not experience the Holocaust directly, he could have captured its emotional resonance in that piece, he has responded, “Because my blood was there.” But however close any particular composer might feel to the Holocaust, works of memorialization are not objective history and, in many cases—Schoenberg's A Survivor from Warsaw being a well-known example—are purely or partially fictional. As such, musicologist Amy Wlodarski has warned, “[composers'] memorial narratives must not be misconstrued as historical documents but understood as secondary imaginative accounts of the Holocaust and markers of its cultural meanings” (2015:2). Her point is to emphasize that works often construct meaning and shape collective memory at least as much as they reflect them.

Most of the works included in part one of this exhibit can be viewed as belonging to two basic categories, those based on victims' texts and more abstract instrumental works. In the former category, composers have found a “way in” to the Holocaust by turning to the artistic work of those more directly affected. Settings of poetry composed in the camps, or afterwards by survivors, comprise a significant number of the works and feature prominent writers (i.e., Primo Levi, Paul Celan) as well as lesser known ones (i.e., children interned at Terezin). Instrumental works range from elegiac tributes to intense depictions of violence and trauma.

Music’s ability to speak beyond words, to evoke emotion through pure sound, to re-present horrors that belie the limits of the imagination can bring us closer to events that we can never fully comprehend. Whether and how to harness that power with respect to the Holocaust is an ongoing conversation in which these works—by virtue of their existence—take part. 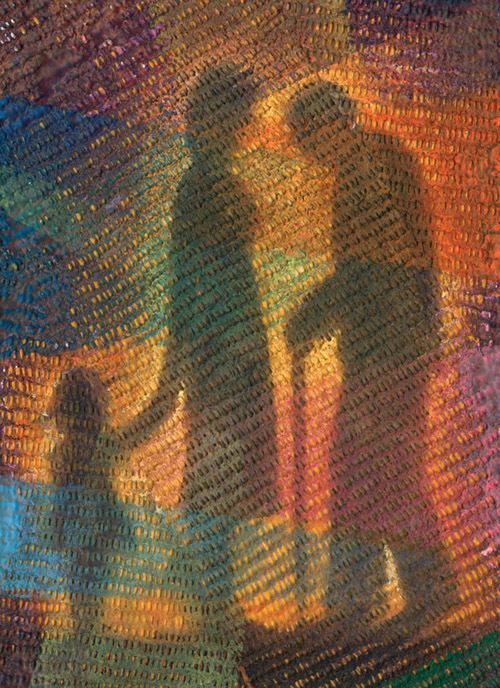 Music and the Poetry of Destruction

Out of the Whirlwind

Commissioned by Kingsborough Community College to commemorate the fortieth anniversary of the liberation of concentration camps. Includes texts from Yiddish songs by Holocaust victims set to original music, closing with a setting of Ani ma’amin, based on Maimonides’ thirteen articles of faith.

Voices from the Shadow

Kingsley composed Voices from the Shadow for a Jewish music conference that coincided with the anniversary of Kristallnacht. The conference was jointly hosted and sponsored by the Jewish Theological Seminary and Hebrew Union College. The work includes poem texts written in concentration camps, or later by inmates who had survived, in Yiddish, German, French, English, Czech, and Polish.

Primo Levi emerged from the Holocaust irreparably harmed and channeled his efforts toward poetic expression. He had been interned at Auschwitz for eleven months at the end of the war, having survived, ironically, because he was a Jew. (As a member of an Italian Partisan group he should have been executed but was instead sent to a concentration camp, which he survived.) Nearly all of the poems in Sargon’s cycle date to 1946, written when Levi’s war and internment experiences were undoubtedly still fresh in his mind. The final poem dates to 1974 and seems eerily prescient given Levi's suicide the following decade.

The life of poet Paul Celan was, tragically, similar to Primo Levi’s. After spending two years in a forced labor camp during the Second World War, Celan settled in Paris and became a celebrated poet and translator. But he, too, committed suicide. Death Fugue would seem to recount Celan’s experience as a prisoner with stunning starkness and morose imagery.

“Only one thing remained reachable, close and secure amid all losses: language.” 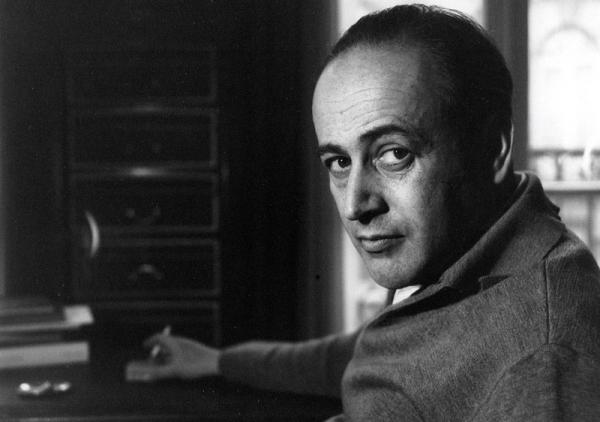 Instrumental Elegies of Memory and Loss

“From the watchtower near the camp’s entrance, I looked out on that forest of chimneys, and on the spirals of mist curling up around one another, intertwining and dispersing like the truncated songs of the many victims whose lives had been cut short in that tragic place.”

From the Forrest of Chimneys

In 1991, composer Joelle Wallach stood atop the watchtower at the Birkenau death camp on a cool, rainy day. As she looked out over the remnants of dilapidated smokestacks she perceived a “forest of chimneys.” (At the end of World War II, the Germans bombed the crematoria and gas chambers in an attempt to cover up their crimes, but the chimneys remain.) She saw swirls of mist rising from the ground and thought of them as “lost songs” that those who died there never got to sing. Wallach translated this powerful image into musical form in this octet.

String Quartet No. 3: “In Memoriam”

For Ruth Schonthal, the Holocaust was something she had always avoided as a composer. As a German-born Jew who endured Germany through 1920s and 30s, she understood all too well that the event was too horrific to take lightly, and she feared that even an earnest attempt could turn out to be trivial. She confronts that fear head-on in this string quartet in which each instrument is conceived of as an individual experience.

Kaddish: To the Victims of the Holocaust

This piece bears little connection to the formal Aramaic text and Jewish doxology recited in memory of the dead. Kaddish here is to be understood as a memorial or tribute to those who perished in the Holocaust. In a fashion similar to Schonthal’s string quartet, Radzynski’s “Kaddish” is meant to jar the listener with depictions of fear and violence. The intense—at times, jolting—style reflects the influence of Radzynski’s teacher, Krystof Penderecki.

The book I Never Saw Another Butterfly has become a poignant touchstone and important symbol for the many children who suffered and died during the Holocaust. German-born Waxman, known today for his scores to some of the early–mid-20th-century’s most important films, was among the first to treat the poetry of Terezin musically—selecting eight poems from the collection and creating his own German adaptations based on the published English translations.

I Never Saw Another Butterfly

Commissioned by the Eastend Synagogue of Long Beach, New York, as part of a program begun by Cantor Solomon Mendelson to commission new music for the synagogue that engaged with contemporary social issues. Includes texts written by children interned at Terezin, subsequently published in the book I Never Saw Another Butterfly. The work has been performed more than 2,500 times throughout the world—including at Terezin in 1991—and is featured on many commercial recordings.

An outgrowth of a previous chamber work based on poems and drawings from children of Terezin, Voices from Terezin juxtaposes two poems by adult poets interned at Terezin: Gertrude Kantorowicz, who died there, and Ilse Blumenthal-Weiss, who survived.

Out of the Whirlwind
Voices from the Shadow
Sh'ma
Death Fugue
From the Forest of Chimneys
String Quartet No. 3: "In Memoriam"
Elegy for Anne Frank
Yizkor
Kaddish: To the Victims of the Holocaust
Das Lied von Terezin
I Never Saw Another Butterfly
Voices from Terezin