This is part four of a multi-part exhibit on the Symphonic Music of Jewish Experience.

This multi-part exhibit explores how composers have addressed this question within the realm of symphonic music: symphonies, concertos, tone poems, and other primarily instrumental works for orchestra. Though the repertoire appears in the Milken Archive in multiple thematic volumes, it is considered here in the context of form to provide a more general look at how composers have dealt with specific forms vis-à-vis Jewish music. Part four concerns symphonic songs.

While the majority of works for symphony orchestra are instrumental, there is a tradition of setting poetry (and other texts) to music utilizing the resources of a full orchestra dating to the middle of the nineteenth century. And though there are a number of symphonies that include voice (e.g., Bernstein's Jeremiah), the texts and vocal parts are generally not the primary focus or unifying element. Symphonic (or orchestral) songs are driven by the texts that inspired them, and the vocal parts are central to their overall structure. 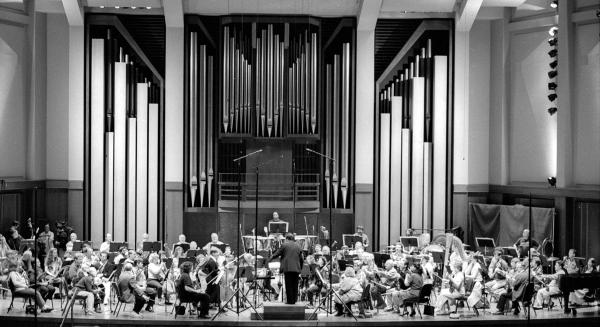 Davidovsky's Shulamit’s Dream ends with a seemingly benign question: Have you seen him, the one I love? But for the composer the question is deeply symbolic—“a question whose implications expand with ever-widening circles.” Indeed, though the Song of Songs remains somewhat of a mystery, the relationship it depicts between Shulamit and her lover is generally accepted as an allegory of God and the Children of Israel. Davidovsky understands this question as being addressed to the angel of death, and symbolic of the ability to question God directly.

Davidovsky has been infatuated with the Song of Songs since he first read it at age seventeen. New York Composer Hayes Biggs describes the relationship as an “obsession, one that went hand in hand with an equal and ongoing fascination with questions of religion and the nature and meaning of existence.”

How do we sing the Lord's song in a strange land? Insofar as it expresses the loss of Jerusalem and the pain of exile, Psalm 137 could well be the song of the diaspora. Indeed, research indicates that the provenance of Psalm 137 dates to the first half of the sixth century B.C.E., and has been referred to as “the one psalm that was clearly composed during the exile.”

Radzynski’s setting of Psalm 137, Al naharot bavel (By the Rivers of Babylon), for solo tenor and orchestra, is a self-contained movement of his Psalm sequence Shirat ma’ayan, which he wrote in 1997. Composed on joint commission from the Rothschild Foundation and the Haifa Symphony Orchestra, this setting shows Radzynski paying close attention to the Psalm text, but approaching it on his own terms and in his own musical language.

Born Arthur Schlossberg in Germany and raised in an orthodox Jewish family, Jean Berger was a prominent conductor and vocal coach in the waning days of the Weimar Republic. A violent run-in with Nazi Stormtroopers compelled him to leave Germany for Paris (where he changed his name) in 1934, then for Rio de Janeiro in 1939. Berger arrived in the U.S. in 1940 as an accompanist for a tour and immigrated in 1941. He achieved significant recognition as a choral composer (largely for the Lutheran Church) and held several academic positions at prominent American universities.

Though his composition training swayed toward the atonal styles of Schoenberg and the Second Viennese School, Berger's experience at a Duke Ellington concert in Paris in 1940 proved transformative. “We had been taught [that] there wasn’t anything new to be said from the classical tonal idiom,” he remarked in a 1988 interview. Berger recommitted himself to tonality at that moment and never looked back.

For as similar as they sound, the two songs in this composition express very different sentiments. Havel havelim is about futility, its text drawn from the familiar phrase from Ecclesiastes 1 commonly expressed as “nothing new under the sun.” By contrast, Lech echol b’simcha, extols the virtues of living life to its fullest.

A Garden Eastward:
Cantata for High Voice and Orchestra 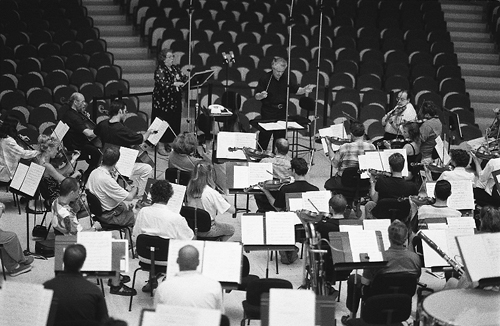 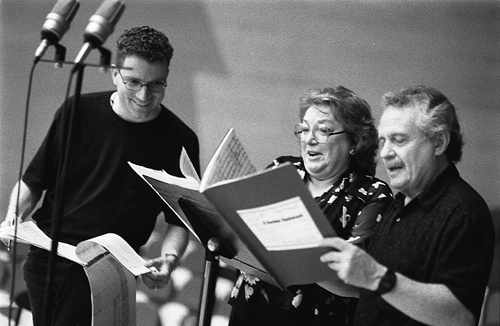 As the son of a cantor and a scholar of literature, it is hardly shocking that Hugo Weisgall expended the majority of his creative energy on vocal music. Though he is best known as a composer of opera, songs of various types make up a significant portion of his oeuvre. What is a little surprising is that a Moravian-born Jew who placed himself on the continuum of the Central European classical tradition would turn to medieval Hebrew poetry of the Golden Age of Spanish Jewry.

True to that Central European tradition, Weisgall devised A Garden Eastward as a series of symphonic songs. The piece opens with a Fantasia, followed by a Scherzo, and closes with Free Variations. The texts are drawn from Milton Feist’s English versions of medieval poetry by Moses ben Jacob Ibn Ezra [a.k.a. Abu Harun; ca. 1055–1135]. 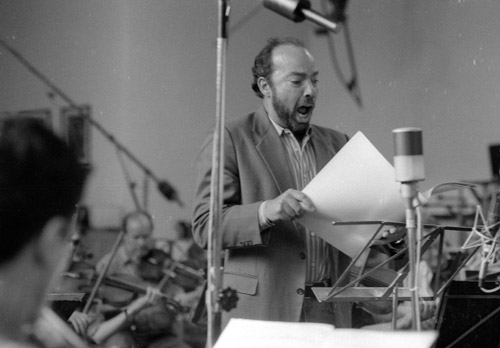 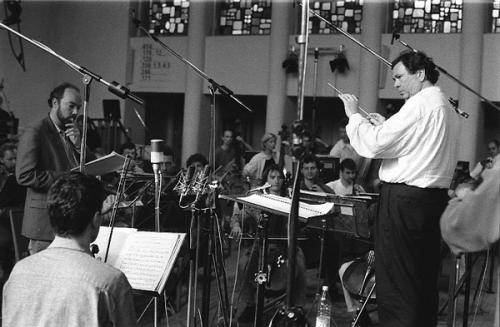 Though composed some 35 years later, Weisgall considered Love’s Wounded: Two Songs for Baritone and Orchestra a companion piece to A Garden Eastward. It follows a similar format and is based on English translations of poems by Ibn Ezra’s contemporary, Yehuda Halevi.

Adarim and Old Jerusalem by Julius Chajes were standard repertoire at Jewish concerts throughout America during the middle of the 20th century, a period when Israel began to play a more central role in the American Jewish experience. Adarim is a setting of a Palestinian shepherd song Chajes first composed as a chamber piece in 1939, keeping the original lyrics by Assaf Halevi and melody by Shlomo Weissfish. The orchestral version was created in 1950. Both use an oboe to mimmick the sound of a shepherd’s pipe. Old Jerusalem is a setting of Psalm 134 to Chajes’s original melody, which has been rendered in the style of a Palestinian folk song.

Harold Shapero’s Three Hebrew Songs is an orchestral extension of two songs composed for voice and piano on commission from Jack Kessler. Now a renowned cantor, Kessler had been Shapero’s graduate student at Brandeis University, an institution at which Shapero taught for nearly 40 years. A commission from the 92nd Street Y under the auspices of Gerard Schwarz compelled the composer expand those two songs to three and add orchestration. All are settings of poems by prominent 20th-century Hebrew poets: Sh. [shin] Shalom [Shalom Joseph Shapira] (1904–1990), Saul Tchernikhovsky (1875–1943), and Leah Goldberg (1911–1970). Three Hebrew Songs broke a long creative dry spell for Shapero. After mixed reviews of his 1947 Symphony for Classical Orchestra, he devoted his time to teaching and family life and had all but stopped composing.