“A symphony must be like the world, it must embrace everything.”

This is part two of a multi-part exhibit on the Symphonic Music of Jewish Experience.

This multi-part exhibit explores how composers have addressed this question within the realm of symphonic music: symphonies, concertos, tone poems, and other primarily instrumental works for orchestra. Though the repertoire appears in the Milken Archive in multiple thematic volumes, it is considered here in the context of form to provide a more general look at how composers have dealt with specific forms vis-à-vis Jewish music. Part two concerns the symphony, with nine representative works.

The notion of midrash (commentary) is an often-employed metaphor for composers discussing Jewish music. It serves as a means of connecting the present to the past by way of interpretation.

This is not how Jan Meyerowitz meant the term when he employed it in the title of this programmatic symphony. Rather, Meyerowitz arrived at the “mood and character” of the piece by reading rabbinic midrashim on the Book of Esther, which he felt “intensifie[d] the impact of the Biblical story through powerful, often weird, details.”

The symphony's first movement sets the stage by portraying impending doom, which comes to fruition in the second movement, depicting Haman’s rages. According to the program notes that accompanied the work's premiere, Meyerowitz has also apparently added his own commentary here, having worked in a musical depiction of the swastika symbol. The third movement relates the love between Esther and Ahasuerus, while the fourth evokes the spirit of Purim, the holiday that celebrates Esther’s heroic act that saved the Jews from destruction.

Shirat Sara (Song of Sarah) is a tone poem based on the biblical character Sarah, with each movement reflecting a different period of her life: her inability to conceive a child, her entreaties to God for intervention, and the joy she experiences at the birth of her son, Isaac. Silver has modeled the piece loosely on the out-of-sync manner in which assembled groups of Jews sometimes pray. In fact, as she explains in the accompanying video, one of the piece's melody was inspired by her experience of walking past a Jerusalem yeshiva and hearing a group of men singing a farewell to the Sabbath.

“A work of art does not answer questions: it provokes them; and its essential meaning is in the tension between their contradictory answers.”

Leonard Bernstein’s first large-scale orchestral work is not strictly a programmatic symphony, but it loosely depicts the biblical tale of Jerusalem’s destruction and is thus subtitled after the prophet who warned of the disaster. The symphony was completed on December 31, 1942, just in time for a competition deadline, but its final movement is adapted from a “Hebrew song” Bernstein composed in 1939. “Jeremiah” did not win that competition, but it did go on to achieve significant acclaim. It was premiered in 1944 by the Pittsburgh Symphony Orchestra (with Bernstein conducting), and later named “outstanding new work of the season” by the New York Music Critics’ Circle.

Perhaps it is no coincidence that Bernstein’s symphonic works moved from prophetic warnings of destruction in the 1940s, to themes of anxiety in the 1950s, to a sacred prayer in the 1960s. More than any other Bernstein composition, “Kaddish” represents the crisis of faith and the tenuousness of modern life that so occupied the composer’s mind. Aptly described as a piece of Mahlerian ambition and a clarion call of the atomic age, it is both tuneful and atonal, ethereal and terrifying. Bernstein dedicated it to President John F. Kennedy, whose assassination occurred during the work’s final stages, and premiered it in Tel Aviv with the Israel Philharmonic in December of 1963.

Based on the portion of the liturgy that acknowledges God’s sanctity and unity, Abraham Kaplan’s K’dusha Symphony was commissioned by Congregation B’nai Amoona in St. Louis to commemorate it’s 100th anniversary. The nucleus of the k’dusha is a pastiche of biblical verses that acknowledges God’s sanctity and unity that most scholars believe were used as liturgical responses during the Second Temple era (530 BCE–70CE). Kaplan uses the k’dusha here as both a unifying theme and a jumping-off point. The work consists of three overarching movements, each of which is broken into five parts. The three main sections are I. Vision and Praise, II. Love and Knowledge, and III. Sanctification. Three excerpts are included here. 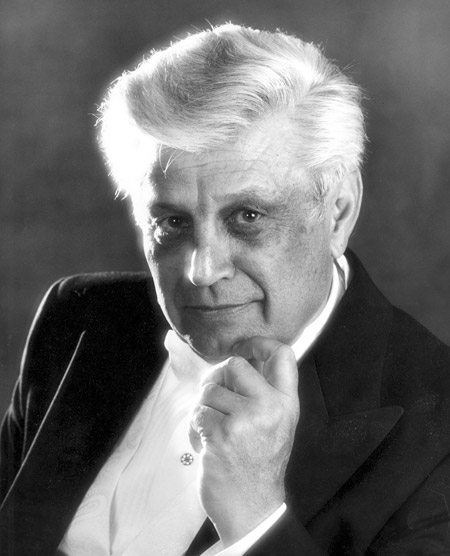 “…if someone asks me, “What are your Jewish works?” I say, “Well practically everything I do is Jewish, because I’m ipso facto Jewish.”

Though Hugo Weisgall mused about a pervading sense of Jewishness in all of his music, when he wrote “Jewish” works he did so with specific ideas or texts in mind. T’kiatot: Rituals for Rosh Hashana is one of Weisgall’s strongest musical statements of Jewish relation, and a rare foray into instrumental music. Though sonically the music reflects the composer’s affinity for 20th-century musical aesthetics, its framing structural components are its incorporation of the shofar (ritual ram’s horn) and a medieval Ashkenazi prayer tune. The shofar blasts here serve, much as they do in their sacred context, as punctuating elements, or a call to spiritual awakening—although within the context of the music’s dense and craggy texture the blasts can have a somewhat counterintuitive calming effect.

“I wanted to do a piece that reflected the polycultural nature of the Jewish people.”

Symphony: Songs of the Soul

Shirei n’shama encompasses a broad range of Jewish musical traditions: Ethiopian Jewish chant, Hasidic nigunnim, eastern European liturgical and folk music, Ladino folk song, and Yemenite Jewish music. “I wanted to do a piece that reflected the polycultural nature of the Jewish people as a nomadic people,” he said of the work, which was premiered at the Jewish Arts Festival of Long Island in 1987.

Amram's relationship with Jack Kerouac, Allen Ginsberg, and others in the 1950s has indelibly tied him to the beat generation. But he has followed music (and the muse) wherever it takes him: Uptown, where Leonard Bernstein appointed him the first composer-in-residence at the New York Philharmonic; Downtown, to the Five Spot, where he played with Charles Mingus and other jazz visionaries; to Africa, Europe, the Near East, and the American Heartland.

Throughout his career, Amram has remained humbly and acutely aware that it is only through a sincere connection to his Jewish background that he can faithfully and respectfully approach cultures not his own.

Samuel Adler’s Symphony No. 5 is based on poetry that reflects aspects of Jewish experience throughout history. The composer explained some of his thinking behind his selection of the poems in the original program notes:

. . . the Jewish idea of a personal relationship between man and his God; the burning conviction or even command that the Jews’ mission on earth is to be “a light unto the nations”; the “nagging conscience” that never lets him rest but calls him to continuous service to all mankind; as well as the ever-present hope and faith that basically man is good and “will overcome,” so that in the end of days all men will be brothers. 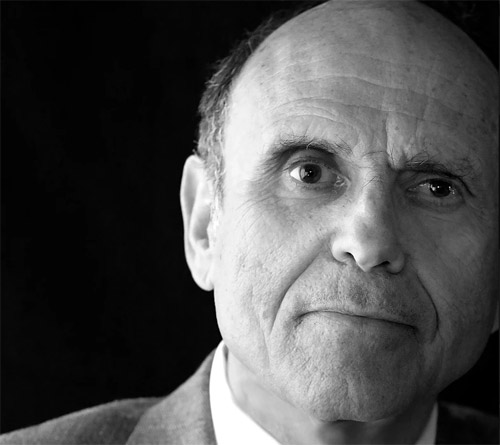 “I realized that this was going to be the biggest challenge I had ever faced.”

At just over sixty minutes, Benjamin Lees’s fourth symphony, “Memorial Candles,” is gargantuan in scope and substantial in content. Lees conceived the work in 1983, inspired by the poetry of Nellie Sachs. He initially envisioned a song cycle, but the Dallas Symphony, with whom he had recently worked, commissioned him to write for full orchestra.

It is constructed in three movements, each based on and named after a Nellie Sachs poem: “Someone Blew the Shofar,” “Footsteps,” and “But Who Emptied your Shoes of Sand?” Brief passages of sung text appear throughout the second and third movements. Soon after he began examining the poetry and its layers of meaning and complexity, Lees had an epiphany: “I realized that this was going to be the biggest challenge I had ever faced,”

“Its whole atmosphere is one of chilling foreboding, anguished terror and, finally, sad resignation,” wrote musicologist Bret Johnson in a comprehensive review of Lees’s work in 1990. Said Lee in an interview with Johnson some ten years later: “When I finished the score and looked at it I simply couldn’t remember how it came to be there.”